Where Are They Now? Catching up with Animation & Digital Media winners

We caught up with three former winners in the Animation & Digital Media category - Adikah Patterson, Josh Chaplin and Jordan Gook - to find out where their studies and careers have taken them since winning.

We asked them each a few questions about what they’ve been up to over the last few years.

In 2016 you won the YCA for Animation & Digital Media. Can you tell us a little about your entry and how it felt to win?

My entry ("Mystery Ruins in the Raging Snow!") was about a short dream I had one night, it was me in mysterious circumstances within the middle of a raging blizzard...this blizzard presented several challenges leading me to ultimately question is this reality or indeed just a dream.

This was my first ever entry in any competition, so I was speechless when I heard I won first place! And the fact that my entry and hard work was recognised in the YCA, it really was a very exciting and big experience for me.

I am now a Masters student studying ‘The Art of VFX’ at Escape Studios in London! I am still working on animations, but in the form of motion graphics as a freelance motion graphics artist; I am doing this alongside my studies as a VFX artist working in the 3D/FX fields of VFX. The aim of the game for me right now is to combine what I know about animation and motion graphics and funnel those skills into my VFX career!

The first thing I would definitely like to say is to have fun and make sure you are passionate and love what you do or create, because that will always shine through in your work and speak volumes to the people watching or experiencing your creative work. The last thing I’d like to add, is to make sure you always believe in yourself and your ability to achieve your goals!

To see more of Adikah's work check out his website or view his showreel:

In 2013 you won the Young Creative Award for Animation & Digital Media for a group entry with Thomas Russell and Barry Martin. Can you tell us a little about the project?

We wanted to try and tell a story, something that got the audience thinking of possibilities in and around the local environment. We didn't necessarily want to tie it to the truth, we were trying to push our audience's imagination and so because of this, we expressed moments, distances, and points of interest through the animation. The short film piece starts in the grounds of Nottingham Castle before the observer is taken underground into the caves and shown a grand cavern with spectacular waterfalls and life, eventually making way through and leaving via another exit that connects with Wollaton Park and a finishing view of Wollaton Hall. The piece ends there and leaves behind the mystery of the potentials of what was showcased, everyone kind of knows there's no real connection of cave networks between these places but the animation showed it and its viable reality.

After YCA I continued my studies and finished my foundation degree in Games Technology at Confetti Institute of Creative Technologies and on to a final year at Norwich University of the Arts studying Game Art and Design. From there I freelanced and built my portfolio up over a span of a few years and got a job at a VR tech startup building the virtual worlds of the metaverse at a place called Otherworld, based in London. My official role is “Parallel Universe Creator” but in traditional terms I am the Environment Artist, generalising across the production pipeline to build our virtual worlds.

Also, recently in my own time, I experiment with Digital Art in broader ways and have exhibited my art at various exhibitions and galleries. I tend to work with VFX, point clouds, data, paint, and film. In the past 6 months, I've been a part of the Crypto art and NFT world, which has boomed recently grabbing a lot of media attention. Being a part of it was special and coming to grips with blockchain technology and how much it is going to change the world, surreal. One of its first major use cases has allowed creatives to flourish and in essence, cause a 'Digital Renaissance' fuelling a cultural and artistic wave for the early metaverse. 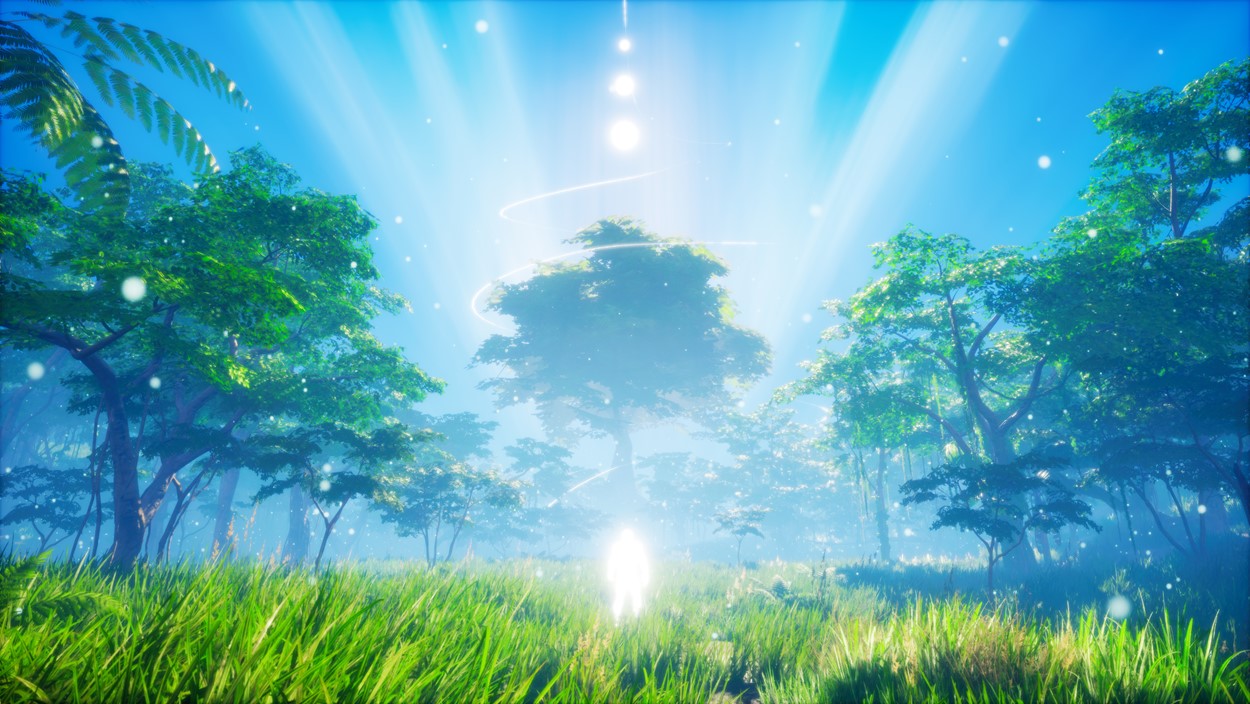 Memories to the Machine: Return to the World Once Known - by Josh Chaplin

The Young Creative Awards is without a doubt a great event to be a part of, for its factors to the local community and for yourself as an individual. Being a finalist can be a doorway to a higher level of confidence in your work as well as the opportunities that come with it. When I entered it back in 2013, I was very busy with university projects and studies and I think we all doubted our ability to deliver something good. The guys did an incredible job and I'm glad in the end, we chose to go for it.

Below is another piece of work by Josh - "An Intangible World" is a short installation works exploring time, presence, and passivity.

In 2015 you won the Young Creative Award for Animation & Digital Media for a group project with Jordan Williams and Connor Molde. Can you tell us a little about your entry and how it felt to win?

The idea behind our entry 'Nottingham NOW' was to create an engaging experience which would showcase famous landmarks from across Nottingham. We developed a website that featured an interactive 3D representation that the user could explore and learn more about. We also had video reviews embedded, as well as a more traditional text based review system that would allow users to leave their own comments. It felt great to have our hard work recognised by not only being shortlisted but to then go on and win the category too!

An image from Nottingham NOW, the website created by Jordan Gook, Jordan Williams and Connor Molde

Since winning the award in 2015 both myself and Jordan Williams have continued to work together as Digital Designers within Digital Learning and more recently have moved to being Digital Designers at Boots Head Office. Our roles have included a mixture of 3D design, animation and more traditional graphic design. I also work in the evenings with the Coventry Blaze Ice Hockey Club as a Digital Designer, creating visuals to be used across their social platforms.

An example of Jordan's digital design work with Coventry Blaze

I would encourage any young creative to enter the Young Creative Awards, having a competition to work towards can really help your motivation and productivity when making it through education. Not only that but it exposes you to other creatives, opening further opportunities and expanding your horizons. Winning the award and showcasing the achievement on my CV has boosted many applications for creative work and is always a point of discussion during interviews.

Entries for this year's Young Creative Awards are open until 21 April 2021. To find out more and to get involved, follow this link.

Many thanks to Adikah, Josh and Jordan for answering our questions!